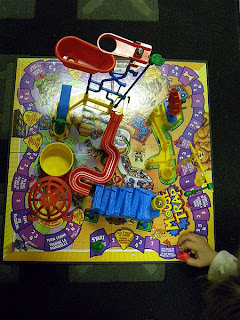 Some may argue it is simply a matter of semantics.  I call it opposite perspectives and a life choice.

is   /ɪz/
–verb
3rd person singular present indicative of be.

has   /hæz/
–verb
a 3rd person singular present indicative of have.

To be, to exist, to in most basic terms define one's self. OR To posses, to carry with, present in one's life.

I made a conscious decision early on that as a father, it is my responsibility to not only provide food, clothing and shelter to my children, but also to teach and to lead and to help them develop their sense of self and become their own individuals.  So, after Jonathan's diagnosis, it didn't take much to realize that it was going to be on me (and my wife, and to an extent our daughter) to do everything we can to reinforce the difference between is and has when it comes to this disease.  There are enough hang-ups, misconceptions, and challenges with Type 1 Diabetes as it is that I can not accept the possibility that it would cause Jonathan to doubt himself or hold himself back from anything in life that he wants to do.

Before we even left the hospital I made a very clear distinction between "being" and "having" Type 1 Diabetes.  I promised myself and, by extension, Jonathan that I would not let this define who he is; regardless of how far reaching into our lives it could become.

So, what is the "Is Trap"?  I think it comes down to mostly verbal laziness with a small contribution by societal influences.  Here is a comparative example of the simplest form of the Is Trap:

#2 Was the one I had planned on going with all along.  It's probably the most frequently used line since it pretty much has to be said to preface any statement on the subject when talking with someone who doesn't already know.  I've noticed lately however that my "has"s have been turning into "is"s.  I'm not sure when it started exactly, but once I realized I was doing it, it dawned on me that it was going to be harder to hold that distinction than I thought and that's when I first knew about the "Is Trap".

One thing I've learned is that you don't necessairly have to tell a child someting in order for them to believe it.  They are observant and open-minded little information sponges.  They pick things up from conversations had with other people, from how we act, and from what we do.  Worse yet, if they recieve conflicting information between what is said to them and what is said and done arond them, then not only is credibility lost, but they will tend to believe that the indirect information is probably the truth.

Like with so many other things in life, one thing can lead to another and eventually the best intentions can turn into disasters.  So seeing the "Is Trap" really took me aback because I hadn't expected to put my foot in it so easily or quickly.  I'm hoping I've learned from this and can keep it close to me so that I don't slip into a pattern of defining Jonathan by his diabetes as opposed to remembering that is it something that is only a part of his life.
Posted by Marc at 2/18/2011 10:18:00 AM 2 comments: 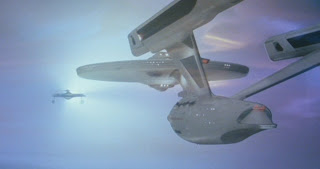 The no win scenario...

I think I've been more aware these last two months than ever before that this is more about compromise and give and take than anything else.  Some days are better than others, that’s for sure, but when you fully believe that everything is going along perfectly fine and that all comes to a screeching halt in one split second, it seems to have a profound effect.

About four weeks ago, Jonathan had his clinic appointment.  His A1c was exactly the same as it was in October, and that was up over a full % from August.

“What was I doing wrong?” I asked myself.  Now I know that these appointments are not supposed to parental report cards, and I really do not believe I took it that way, but at the same time I was doing everything I was supposed to and we were only moving backwards.  Not only that, I was under the impression that we were doing really well and then I was abruptly told that it was in fact the opposite that was true.

So, after leaving that appointment with new pump settings, new targets, and a new mind set, Jonathans average BG reading is now 25% less than it was a month ago and there are very few arrows at the top of the chart (actually had a two week run with none).

We’re in a new groove, but I still have this nagging feeling over my head that wasn’t there the first year and a bit.  We can’t win, not truly, a stalemate at best.  Keep the monster at bay.

I think Jonathan has picked up on it too.  He asks every so often “When I’m [insert number here] years old, will I still have to have site changes?”  The one that really caught me off guard was when he asked last week “Daddy… if I stop doing site changes, will I die?”  When I heard that I just about did.  I’ve tried to explain to him amid protests and pouts that the site changes are necessary to keep him healthy and safe, but some how he managed to equate that to staying alive.

In a way, it seems the first year was easier.  There was shock and naivety and progress in the right direction.  I knew that the more his A1c went down and the better reign we thought we had on his BGs and carbs and exercise and emotions… the harder it would be to not have a “setback”, but even at semblance of equilibrium the scales seem to tip every day and an illusion of consistency is no more.


I guess my good news is that I seem to be seeing some sort of light at the end of the tunnel.  It's a long tunnel, and I'm on a treadmill going the other way, and that light is probably a train, but it's not as dark as it was.  I'm very fortunate to have some wonderful D friends (online and off) who have been around to keep me up, even if they don't realize they were doing so to such an extent.
I still hope and pray that this terrible disease is ultimately obliterated and live will go back to the other normal, but I think in the mean time I'm a little more grounded and ever so slightly more prepared to get my head back in the game and keep running up that hill.
Posted by Marc at 2/15/2011 07:33:00 PM 3 comments: