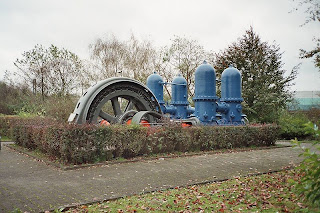 We got the call last night.  The nice lady from Medtronics Canada called to let us know that Jonathan's shiny new pump was being shipped.  Odds are it's half way to Memphis by now.  I still find it silly that to get from Toronto to Windsor (400Km / 240mi) that it goes to Memphis first... silly FedEx...
It's weird.  I was so reluctant to go pump just months ago, and now I find myself waking up in the middle of the night like it's Christmas eve.  Jonathan is excited too.  I don't think he fully understands all of the implications here, but he seems to be clear on one thing trade 12 needles for 1.  By the time he goes on the pump, he will have had well over 1500 shots, probably closer to 1600 or 1700.  Fast forward to September 2011... 122 infusion sets (maybe a few extra, nothing's perfect).  And when I need to give him 2.7 units of insulin, I can, I don't have to add extra food to get to 3.0 or short him 0.2.
I'll admit it. I am scared about having to put the words kink and cannula is the same phrase.  I'm concerned about DKA and giving up long acting insulin, but on the other hand, he usually doesn't go more than 6 hours between tests (that's lunch to dinner) and we can add one in there!
I'm not looking forward to the first couple of insertions and the first time we hit a vein.  But I am looking forward to taking him to Sunday brunch and not caring that the next meal may be a couple hours away.  I'm looking forward to letting hip sleep on Saturday morning instead of rushing him to the breakfast table because I know he has to eat lunch by 11:30 so we can get his sister to gymnastics.
I'm not going to jinx it by publishing the reason there haven't been many D posts recently... but I'm sure we'll be talking a lot about Mi-me (maybe Jonathan can come up with a better one) in the coming weeks.
Posted by Marc at 7/31/2010 08:57:00 AM 5 comments: