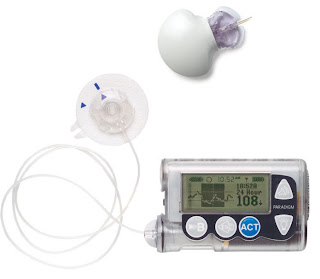 One Down, One To Go - It is Like Buying a Car, Just Nicer Sales People 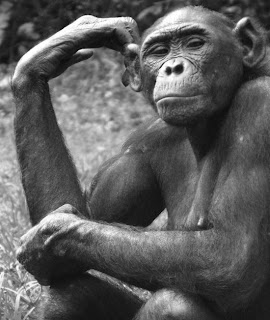 I'll admit it, if you couldn't tell from the last post, Ping was a foregone conclusion.  Um... well... yeah......  Turns out I have a more long and hard thinking to do that I thought I did.
I knew that picking a pump, like any major decision, was best done after taking a long hard look at the each of the finalists.  Although Animas really caught my attention, I knew that not talking to Medtronics would be a huge disservice to Jonathan (and us).  So tonight, the very nice and very knowledgeable Medtronics rep made the 2 hour drive to see us and spent about an hour and a half with the family.  Bringing pumps for everyone to play with as well as a number of infusion sets and other accessories he was able to speak to every point we threw at him (I think he's been through this before).


Tomorrow we meet with the Animas rep.  I've met her before, super-nice lady, and has a daughter on the Ping.  I thought Steve had his work cut out for him and felt bad at first about making him drive all that way, but now I'm not so sure it's not April that has to do some real selling.
If anything though at least I feel a little more at east about this being a more even match-up.
Posted by Marc at 7/12/2010 07:55:00 PM 4 comments: