A funny thing hapened on the way to good numbers.... 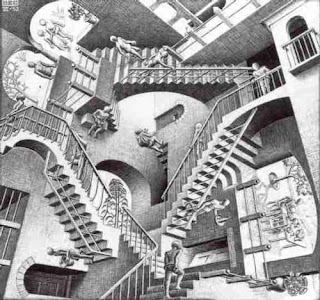 Well, I was warned, and they were right.  Summer is definitely making it hard to keep up on the blog, but I just had to share this head scratching experience.
Almost a whole year into it now (wow I can't believe it's almost his anniversary) and I'm a lot more comfortable with keeping Jonathan in a tighter range; even though it means some nights I sleep in increments of minutes.  A couple of weeks ago as we were trying to figure out some crazy night time highs, one of the nurses at the clinic said something totally unexpected..... We were giving him too much insulin at dinner.
WTF????  Too much insulin = night time highs?  That's a little back-asswards I thought.
She asked us to back off on his dinner bolus by 1/2 unit and not correct through the night for a couple nights.  That was tough let me tell you... 15 (270), 16(288), 17(306)... It was hard to watch. Oddly enough though, he was getting breakfast numbers in the high single to low double digit range (144-198).  On the third night he was 8.4 two hours after dinner and 11 at four hours and steady through the night.  Too bizarre!
After much discussion, here's the working theory the team has....  I believe I've made mention before that Jonathan is non-symptomatic for hypoglycemia.  That is until he gets really low and then he goes into over-drive (adrenaline rush).  Well, our 2 hour numbers were more often in the 3 1/2 - 5 range (62-90), but we were OK with that because he'd climb back up and be fine at 4 hours.  As it turns out though, the near miss in the low triggered the adrenaline and that combined with carbs yet to be digested would send him sailing back into the teens and requiring one or more correction doses through the night.
So the strange "fact" (as much as anything D management can be a hard and fast fact) was that in Jonathan's case more insulin resulted in higher numbers and less resulted in lower.
How bizarre, how bizarre!