Reluctantly I did it, and very glad I didn't miss out 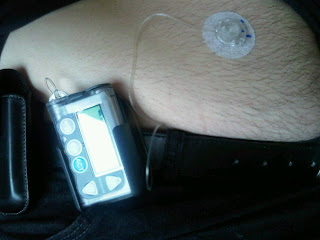 I meant to get to this about a week or so ago, but as you know things got a little hairy (speaking of a little hairy; and yes, infusion sets double as miniature waxing strips).
When we first met with the Animas rep, she insisted that we were going to each wear a set to see what it was like.  Quite frankly, she kinda rubbed me the wrong way about the whole thing.  Even when we had the reps out to the house, she was still harping on it.  I can honestly say that her pestering me about it didn't influence my decision though.
Once we got the pump and I started playing around with and getting things set up, I became a little curious.  After a couple of weeks of seeing it sitting in my office, a little thought started to fester in the back of my head.  For some strange reason I though I might actually want to wear it myself during the training (I must have been having one hell of a masochistic moment).
As the day of reckoning drew closer, I became more and more nervous.  I have had a life-long issue with needles.  More of a mental thing than a physical thing.  I know they hurt a little, but are bearable however, the thought of a foreign object being inserted into my body through the skin gives me the heebee-geebees.  There were a few times where I though I could wear the pump but forgo the set itself.  In the end though something told me I needed to do this.
At the clinic that morning we reviewed some things and went over the  pump and how to use it.  A couple hours into the training we got to the practical hands-on stuff.  I rewound the pump, filled a vial, primed the line... and then....  All eyes were on me, or rather my big white belly, and my shaking hands holding a site and an inserter.  I put them together, cocked it back, paused for a moment as I tried to see through the blur to the area I had wiped with the alcohol swab, and then I did it.  With a click and a pinch, it was over.  It was a lot like a mosquito bite.  On one hand I felt a little silly for all the anxiety I had let myself experience, but on the other I was glad it was behind me (at least for a few days until set change).
It was kinda neat actually.  Outside of the diabetes aspect of all this, I like gadgets and new things so it was cool.  A few people even said to me "I didn't know you had diabetes", to which I replied "I don't, I'm the test monkey."  By the end of the first 24 hours I was kinda used to it (except the sleeping part).  I started to forget it was there until I had to deal with it for whatever reason, be it a meal, trip to the washroom, knocking it with the seat belt buckle...  And then Nicole asked me what I felt was a pretty profound question "So how does it feel to be connected to your son's life line??" All of a sudden it hit me.  This wasn't just another pen or syringe, this was going to become part of him, this was going to be a 24 hour a day lifeline.


I knew that switching to the pump meant no more long-acting insulin on board, and I knew that it was a life-sustaining device for him. I understood the mechanics and logic, but the moment I was asked that question it became so much more, more real than before and for my few days it became a little bit of a symbol of diabetes and a life with managing it.
I said from day one that I would switch pancreas' with Jonathan if I knew his immune system would just get him again, and as sacrilegious as this sounds: I kinda felt, for a moment, like I did.  For a couple days it was me instead of him - well, more like me and him instead of him alone.  As much as we do to manage his diabetes now, this is truly his burden - one he will carry for the foreseeable future.
After a few days I didn't want to give it up.  In fact, I started thing about taking saline shots at meals with him.  I didn't do that though, and probably a good thing too because I would have likely been spending more time with men in white coats.
Although it was brief, I'm really glad I didn't miss out on the opportunity to do this and share a little piece of Jonathan's journey.  Things are back to "normal" now.  Jonathan is the only one getting poked and prodded.  Even as I write this, I wish I could go back to two weeks ago.  There's a lot about the experience that I still have a really hard time describing, but I would definitely recommend to any parent, or anyone for that matter that has someone close to their heart living with D, to share in this brief experience with them.  It's definitely worth the poke.
Posted by Marc at 9/16/2010 07:48:00 PM 5 comments:

Down, but not out 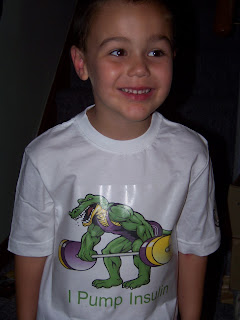 We're baaaaaccccckkk!
Well, what can I say? It was a s#!^^$ 5 days, but things are lookin' up.  Like the mainstream pop phenomenon the Willie was, our pumplessness was short lived.  Of course Jonathan had stellar numbers on the shots today, but we will get there with the pump too, and beyond.  As always, thanks to all for your kindness and support!
I asked Jonathan if he wanted to go keep the shots and he looked at me like I had two heads - which was the second funniest thing this evening right after the kids did a duet of Flo Rida's Low in the car on the way home from school.
Posted by Marc at 9/15/2010 07:24:00 PM 3 comments:

A song is stuck in my head

One, two
One, two, three, four 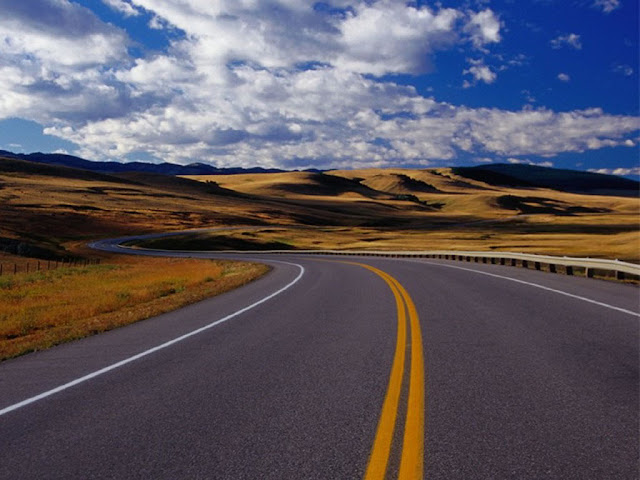 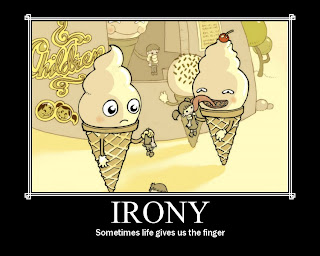 I remember a time when I was dead set against putting my son on an insulin pump. It seemed as if there were too many risks to make it worthwhile. I eventually came to realize that people tend to share bad news more than talk about the status quo and when things are non-events and the potential issues were far and few between. It took almost a year and a lot of researching and soul searching, but I finally got to a place where I was comfortable with pumping and really looking forward to it.

This morning, Jonathan's doctor asked us to take him off the pump for a week or two until the infection clears up. I haven't seen Jonathan since this, but Bobbie says he seemed ok with going back on shots. Me on the other hand, I'm not happy about this at all! After a taste of not having to drive a needle into him multiple times a day, having a more relaxed schedule (in terms of meal times), and being able to correct those slightly off numbers, I don't want to go back and feel that it's horribly unfair for him to have to go back to MDI. I made him a couple of shirts for his birthday tomorrow that I think I will put away until he's back on the pump since they include a lot of pumping related things.