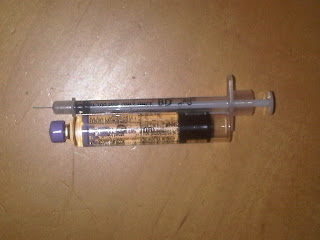 Just under an hour ago, we said goodbye to one of our constant companions - Lantus.  Jonathan received what is planned to be his last ever injection of the stingy stuff (still have a couple vials in case of pump issues but that's not part of the intended plan).
He's not sorry to see it go either.  He's hated the stuff since day one and I can't say I blame him.  I had to do a little research to figure out why, but I learned that it has the same pH as tomato juice... I hate tomato juice!  As much as I'm glad to see it go though, it unnerves me a bit.  This little bugger was one of the reasons I liked MDI.  It was all about insulin on board.
Jonathan typically got his Lantus at 6:00pm, but since his pump start is in the morning we've been dialing it back the last 5 days to land him at 8:00am.  He had his last dose, that's his syringe there, and the leftover Lantus that will be going in the garbage.
Barring a correction for a high tonight, Jonathan will be saying farewell to to his pen after just three more shots (lunch, dinner, and breakfast tomorrow just before we head off to the hospital).
He is excited about the pump.  Not too crazy about set insertions, but he's only had two and I think that will get better with a little time.  Jonathan is really looking forward to this change and the end of MDI.  Amen! 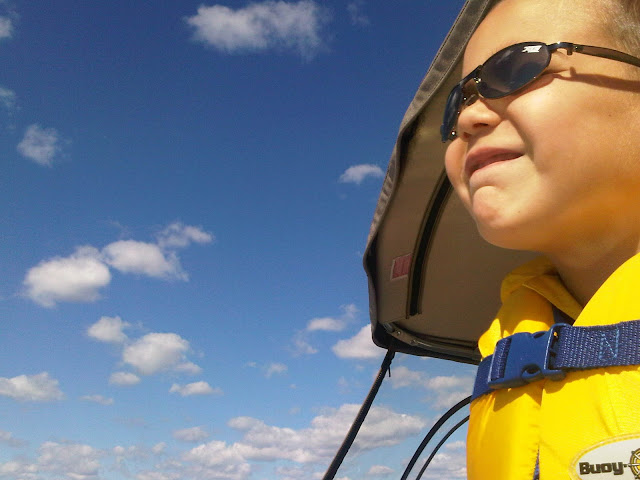