I'm a D-Dad, but I'm still a husband too 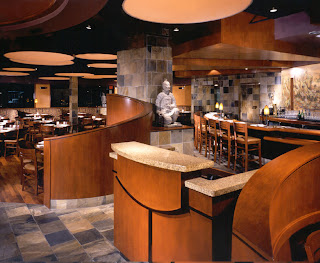 When our daughter was born, I faced a bit of a dilemma.  We had a new responsibility in our lives and it was all ours.  We had a beautiful baby girl and we were parents for the first time.  I wanted to make sure that I give it 110% because this little girl deserves nothing less, but at the same time I wasn't about to leave my wife to become a dad.
Now it probably goes without saying, but the first few weeks were total chaos and fatigue.  After the dust settled and we adjusted to a home of three, we became distinctly aware that we had set aside many things between the two of us; necessary, but difficult.  Like many parents, we finally got used to the idea of temporarily handing that responsibility off to someone else, be it a family member or a hired sitter.  When our son was born and we got a home of four in order it was the same deal with the same drive and the same insanity, but it was old hat and we didn't really have to put so much worry into it.
Then, and we all know the day, D-Day.  This was totally different than becoming a parent.  This redefined our roles to D-parents.  We were no longer just progenitors, we became an integral part of his life-sustaining internal physiology.  It was as if the preverbal umbilical cord had been reattached.
I made a promise to my son the day he was diagnosed.  Still sad, in shock, and having really no idea of what was to come or how we'd handle it, I promised him that no matter what the costs to me, I would do everything in my power to make sure that this monster would not take a thing from him.  Going up against school systems and municipal & provincial governments, staying up late and having an alarm clock go off hourly if need be, spending hours compiling and analyzing data, I didn't care I'd do it every day.  That's a pretty hefty promise, I know, but my kids mean everything to me and I would do anything for them - and yes that is an extreme example and it's not like that all the time, but it does happen often.
After a little while the dust started to settle and a few months in we found ourselves a little groove.  The "new normal" we had been promised was emerging and things were seeming alright on the D front and while Jonathan and his sister were, are, and will be priority #1, there are other important areas in our lives that need attention and that's were there's some balancing to do.

We lucked out in two ways.  The young girl, now young woman, that has been babysitting for us these past 5 years is now a second year university student studying biology and she is perfectly comfortable testing Jonathan's blood sugar, will text us the number and follow our snacking instructions (if any) to the letter.  Also my mother, bless her panicky heart, has been brave enough to resume weekend sleep-overs with the kids.  She was just as much a wreck about the risks and management of this as I was at first, but with one distinct disadvantage - in 8 months she has a cumulative total of about 5 days of hands on solo experience.

Nevertheless, she handles it like a champ.
With these D-fenders on our team, we've been fortunate enough to take some opportunities again to focus on matters unrelated to being parents.  I like to read about practical matters, relevance here - relationships.  Pretty much any "relationship expert" worth their salt will tell you that you can't forsake a marriage to become a parent and I'm finally relieved and pleased to say that with some hard work and patience we've gotten so far as to stretch that cord to allow us 24 hours with no necessary contact (I still called twice to check up, yes, but everything was perfectly fine) to hop the boarder and go to one of our favourite restaurants followed by a late late night at a club, sleeping in, and breakfast at 10am.
The "new normal" is more like the "old normal" than before.
Footnote:  As I've mentioned before, my writing is partially to help me get things straight in my head, but I choose to share a lot of it because I hope that some people will find it interesting and maybe helpful.  There are a lot of seasoned veterans out there that have probably been through this and I'm thankful to them for sharing their experiences so that I can learn from them, and there are some people that may be newer to this than we are and perhaps one of them will find some things that let them know it will get better or serve as a heads up as they get into their new normal.
Posted by Marc at 4/25/2010 08:52:00 PM